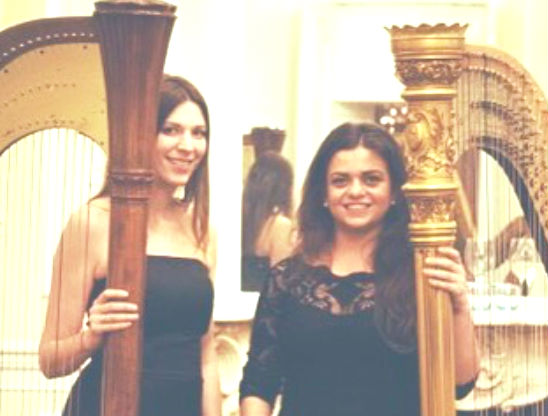 Ma Vlast: Vltava (Moldau) by Smetana
Excerpts from ‘Carmen’ by Bizet arranged by Thomas
Ave Maria by Schubert arranged Thomas
Adagio Royale by Francoise de Boisvallee
The Arrival of the Queen of Sheba by Handel
The Swan by Saint-Saens
Waltz (from Eugene Onegin) by Tchaikovsky
Polka in C by Jaques Press

Cecilia De Maria studied at The Purcell School of Music and graduated with first-class honours from The Royal College of Music where she completed both her Bachelor of Music and Master of Performance degrees, studying under Daphne Boden as an ABRSM scholar. Whilst at the RCM she also received the Leonard and Margaret Boden Scholarship for harp. 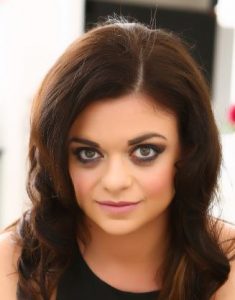 As a soloist Cecilia has performed at various prestigious venues including: The Wigmore Hall, The Barbican, St. James’ Piccadilly, King’s Place, Fairfield Hall, 10 Downing Street and Buckingham Palace. Over the last few years Cecilia has travelled to Australia, Trinidad and Malta for outreach work as part of The Commonwealth Resounds: an organisation used to promote music and musicians across the Commonwealth through collaborative events and with a particular focus on youth and the developing world. She also provided the music for BBC Radio 4’s adaption of The Eustace Diamonds.

Cecilia has been fortunate enough to play regularly for Royalty including various private functions for HRH Prince Charles at Clarence House and St. James’ Palace and events for HRH Princess Michael of Kent at Kensington Palace.

Cecilia enjoys a varied career, teaching regularly, performing in ensembles and as a soloist around the UK and most recently as a guest entertainer on cruises.

Camilla Pay is a professional freelance harpist, she was a scholar at the Royal Academy of Music and has since been honoured as an Associate there for her outstanding contribution to the music industry. She continues to forge a unique and varied career, combining the classical concert platform alongside recording studio sessions and television appearances. 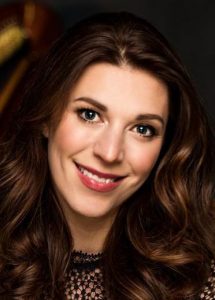 Her session work includes recording tracks for many well-known artists including John Legend, Ellie Goulding, Sam Smith, Stormzy & Paul McCartney. She has been on many film scores for composers such as Danny Elfman, Alan Menken, Hans Zimmer & James Newton-Howard.

Television soundtracks include Downton Abbey, Victoria, A Very British Scandal and The Collection. Camilla’s television appearances include all the major shows such as Strictly Come Dancing, The Graham Norton Show, Later with Jools Holland, The Jonathan Ross Show and many more, with artists including The Killers, Bette Midler & Beyoncé.

She has toured and performed live with a wide range of artists, from Kanye West to George Benson and Jay-Z to Michael Bublé.

In 2018, she has been the harpist for the National Theatre production of Pinnochio following 2017’s production of Follies. She will return to the NT in February 2019 for another run of Follies.  She was also the harpist for productions A Chorus Line at the London Palladium, Umbrellas of Cherbourg at The Gielgud and deputized on Gypsy at The Savoy & The Wizard of Oz at the Palladium and currently 42nd Street at the Theatre Royal.

As a classical performer she has given concerts all over the world, as a soloist but also with her chamber group Korros (flute, Eliza Marshall & clarinet, Nicholas Ellis) and also with many different orchestras.

Arts 4 Dementia was founded in 2011 to help develop workshop programmes at arts venues, to re-energise and inspire people to override early symptoms of dementia and their carers. There are over 16,000 people living with dementia in Surrey. It is the two-thirds who live at home, especially those with a new diagnosis, that these workshops – especially music – can especially help to preserve identity, sense of purpose and involvement together in the community. The charity provides training for arts facilitators and volunteers and its website enables families and professionals to locate arts opportunities nearby, by postcode, art form and dementia need. Your kind support will enable Arts 4 Dementia to reach out and signpost more life-transforming opportunities for Surrey residents. For more information, please see www.arts4dementia.org.uk or contact info@arts4dementia.org.uk.