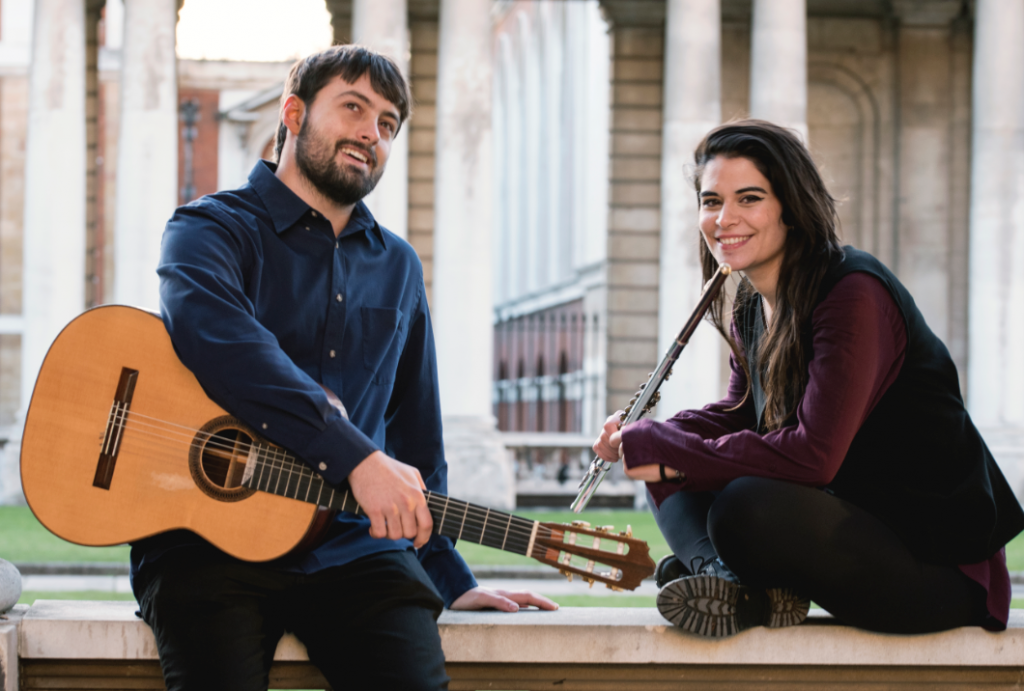 Duo Villanesca is a young vibrant flute and guitar duo comprising Spanish flautist Ana Estefania Rodriguez and English guitarist Peter Joe Bennett. Formed whilst students at Trinity Laban Conservatoire of Music and Dance in 2015, they have progressed from learning and performing the complex master work “Toward the Sea” by Toru Takemitsu, to discovering and exploring the flute and guitar repertoire from all periods.

Over the last months they have performed regularly in concerts around UK and Spain at such venues as Old Royal Naval College Chapel, St Michaels Sittingbourne, Ateneo de Madrid and The Polish Hearth Club, and have upcoming concerts at Cheltenham Town Hall, St George The Martyr and Godalming Summer Music Festival. Their concerts are a chance to express the joy they find in bringing this wonderful music to life, sharing with audiences some fantastic repertoire and combining intimacy with a joint sense of spontaneous risk taking. Their repertoire ranges from  early music through to works of the 20th/21st centuries with a particular focus on original music from the 20th century.

Duo Villanesca were recently awarded by the Colin Blythe Fund to develop their chamber music career and they are generously supported by Trinity College Scholarship and Leverhulme Trust Fund. Peter and Ana are both winners of the Alison Stephen´s Competition and the Harold Clarke Competition respectively and part of Trinity College Chamber Music Artists.