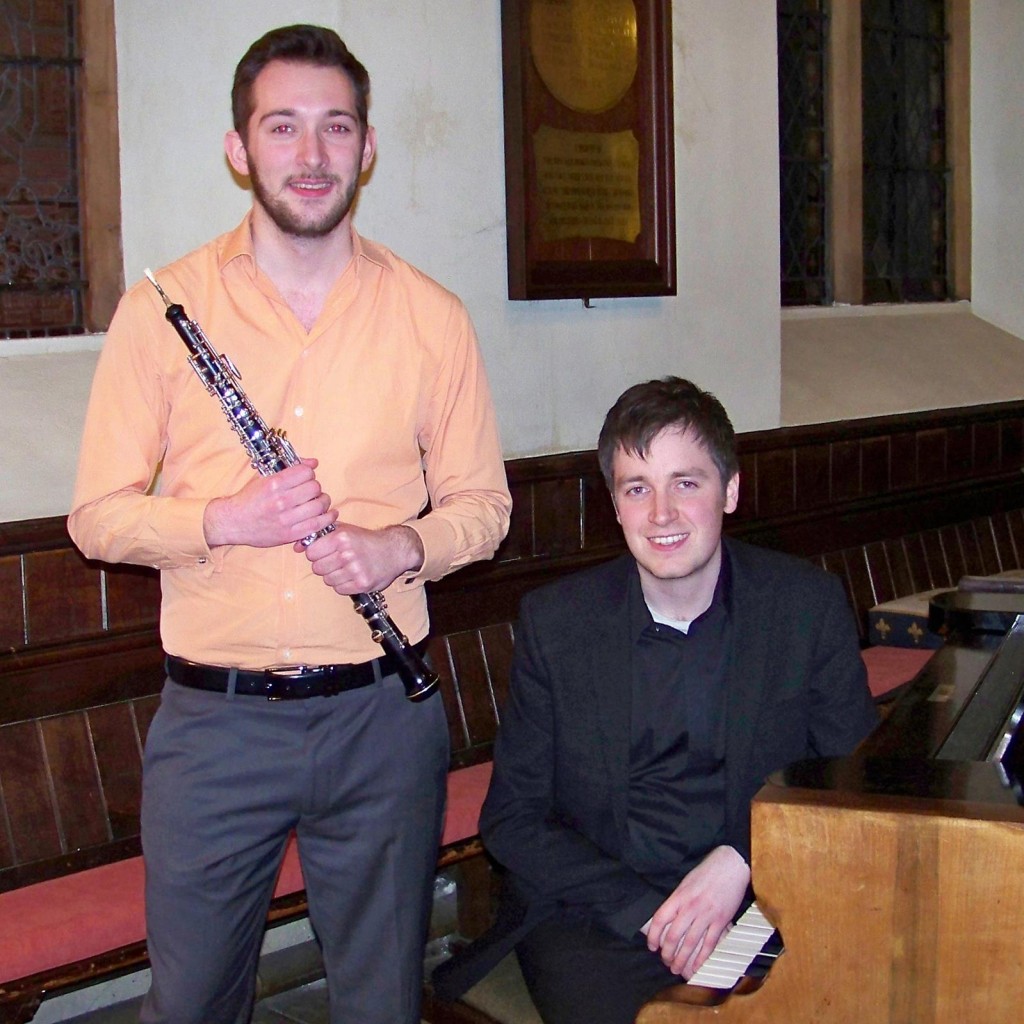 Two rising stars who have already won international acclaim presented an exciting programme of music for oboe and piano.  Peter Facer (oboe) and Richard Uttley (piano) chose works ranging from the 18th to the 21st century.  The performers’ sparkling personalities shone through as they shared information about the music with wit and enthusiasm.

Sonatas by Handel and CPE Bach were bound to please the audience, especially in these expert hands.  A lesser-known sonata by Poulenc pulled at the heartstrings and transcriptions of two highly expressive Schubert lieder reminded one why the sound of the oboe is said to be the nearest an instrument can come to the human voice.  Richard delighted the audience with a solo performance of Grieg’s well-known ‘Wedding Day at Troldhaugen’ which was followed by the more challenging—for performers and listeners alike—Temporal Variations by Benjamin Britten.

‘Premiere Solo de Concourse’, written as an examination piece by C. Colin, proved to be an unexpectedly light-hearted narrative piece in the style of the early cinema: hapless maiden tied to railway and rescued by handsome hero in the nick of time.  It was a virtuoso performance from the duo but light relief for the delighted audience.

The Tilford Bach Society is grateful to the Countess of Munster Musical Trust for sponsoring this event.