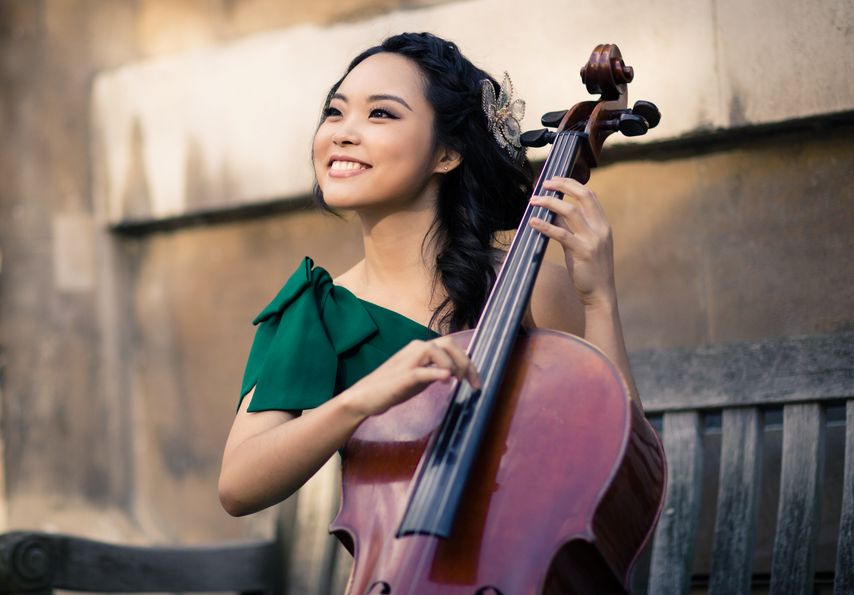 Catherine has performed in venues including the Wigmore Hall, St.James’s Piccadilly, St.Martin-in-the- Fields, the Royal Opera House and the South Bank Centre. She regularly participates and performs in many international music festivals and summer academies such as the Courchevel Summer Academy, the European Music Academy Bonn, Naples International Chamber Music Festival, the Russian Music Festival, the Thuringen Summer Academy, Bruges Academy and the Lenk Summer Academy.

Catherine was born in Busan, South Korea, and spent her childhood in Saudi Arabia and New Zealand. She attended the Purcell School with full scholarship before going to Germany and a scholarship from the St.Albanstift supported her studies at the City of Basel Music Academy, Switzerland where she gained a BMus degree. She later received MMus from the University of Music & Performing Arts Stuttgart in Germany, graduating with the highest honours for both degrees.

With supports from the Zetland Foundation and Trinity College London Scholarship she is undertaking the Artist Diploma programme at the Trinity Laban Conservatoire of Music & Dance. She is currently mentored by the British conductor and cellist, Richard Markson. www.catherinemusic.com

Ettore Maria Strangio started his musical studies at the age of eight with his pianist brother. He attended Music Conservatoire in Potenza, Italy where he studied both piano and violin. After graduating with the highest honours for his Bachelor of Music degree Ettore moved to London where

He is currently undertaking the Postgraduate Artist Diploma programme at the Trinity Laban Conservatoire of Music & Dance as a Leverhume Arts and Arthur Haynes Trust Scholar.

As an active soloist, he has recently performed the “Choral Fantasy” by Beethoven with the Gesualdo da Venosa Orchestra in Italy and as part of a duo with flautist Ylenia Cimino he has appeared at RAI, the Italian National Broadcasting Company.