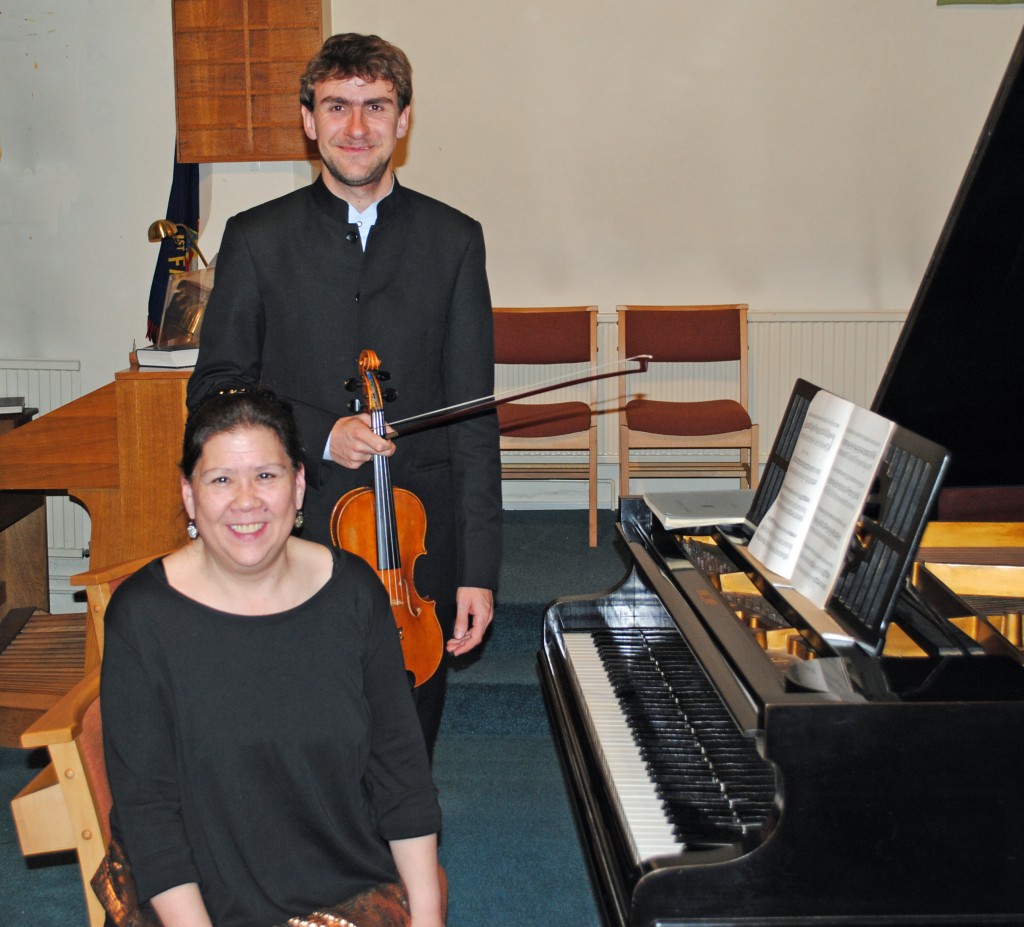 Bartosz Woroch is a Polish violinist already renowned for his performances as a chamber musician across Europe. He is a relatively young professor at the Guildhall School of Music & Drama.

Also a professor at the Guildhall School, for many years now, is Caroline Palmer who has outstanding credentials as a solo pianist and recording artist.

It was therefore rightly anticipated by the members of the TBS that a concert comprising music for piano and violin duo featuring these two musicians would be highly enjoyable and Farnham Methodist Church was almost full to hear a superb performance of music by Mozart, Brahms and Schubert.

Mozart’s Violin Sonata no. 27 was an enjoyable start to the programme and a piece that was written only the evening before its first performance in 1781. In fact, the composer only had the time to write out the violin part and he himself played the piano. Mozart’s memory was prodigious and he often composed everything in his head before committing anything to paper.

The Brahms piece was his Violin Sonata no. 2 written whilst the composer was on holiday in Switzerland in 1886. A piece with contrasting moods and considerable variety of pace it ended the first half of the concert.

The second part of the concert was an outstanding piece by that most creative and original composer Franz Schubert whose early death probably robbed the world of much wonderful music. But what we have is eternally beautiful and this piece, his Fantasy in C Major D. 934, is quite stunning for its structure and surprise. A continuous piece lasting almost 30 minutes, it takes the listener through a superb musical journey. The demands on the musicians are considerable and the performers were outstanding in all aspects of this music, including some serious virtuoso sections.

This was another excellent concert by the TBS.

Born in Poznan, Poland, Bartosz Woroch studied at the Paderewski Academy of Music in Poznan, the Hochschule der Kunste Berne and with Louise Hopkins at the Guildhall School of Music & Drama, where he is now a professor. He was selected for representation by Young Classical Artists Trust (YCAT) in 2011.

Recent concert highlights include recitals at Wigmore Hall, The Phillips Collection Washington D.C., Lublin Philharmonie, the Bath International and Lammermuir Festivals.
This summer he recorded a solo CD for Champs Hill due for release in 2016, and next season records Berg’s Chamber Concerto with Britten Sinfonia and pianist Mei Yi Foo.

As a soloist Bartosz has appeared with the Bournemouth Symphony, Royal Philharmonic, Bristol Ensemble, Poznan Philharmonic, Bern Symphony, Auckland Philharmonic, Sinfonia Juventus Silesian and Polish Radio Orchestras. Between 2012-2015 he has worked with Sinfonia Cymru as soloist, leader and director, culminating in the orchestra’s first ever international collaboration, of which he was artistic director.

A committed chamber musician, over the last year Bartosz has given recitals throughout Europe with the Lutoslawski Quartet, recently undertaking a residency at IRCAM in Paris. He continues to explore the world of the solo violin, each concert having its roots in JS Bach’s Sonatas and Partitas, giving recitals throughout the UK and in Poland.

Further afield Bartosz has toured New Zealand, Malaysia, Australia and Singapore. He has given recitals at major venues and festivals throughout Europe, recorded for BBC Radio 3, Radio France and Polish Radio, and collaborated with Pekka Kuusisto, Alasdair Beatson, Nicholas Daniel and the award winning Cappa Ensemble.
At the age of 22 Bartosz was appointed Concertmaster to the Poznan Philharmonic Orchestra. He left this position in 2008 to pursue his interest in solo and chamber music. Since then he has given recitals at major venues throughout Europe including Wigmore Hall, Barbican, The Palais des Beaux-Arts (Brussels), Radio France Festival (Montpelier), Lublin Philharmonie, the Edinburgh Fringe, Brighton, Lichfield, Verbier and West Cork Festivals.

During his studies Bartosz was a laureate in the 2005 Michael Hill (New Zealand), 2003 Pablo Sarasate (Spain) and 2001 Takasaki (Japan) International Competitions. He has undertaken a residency with Henk Guittart in Banff and participated in masterclasses with Mitsuko Uchida, Menahem Pressler, Ruggiero Ricci, Benjamin Schmid, Gábor Takács-Nagy, Gil Shaham and Alfred Brendel. 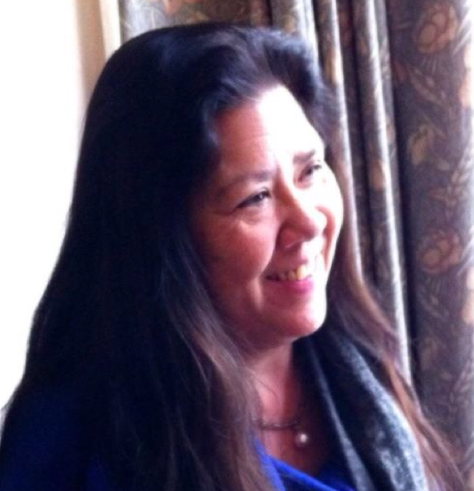 Caroline Palmer studied at the Guildhall School of Music & Drama with Edith Vogel and later continued her studies with Peter Wallfisch and Hans Keller. She was a finalist in the Busoni competition and has played in the USA and in much of Europe. Well-known as both a solo pianist and chamber musician, she has recorded for British, Swiss, French, German and Italian radio stations and has made televised appearances in Italy and Bulgaria.

Caroline’s latest CDs include the cello sonatas of Saint-Saens, Faure and Busoni and the Brahms violin sonatas with Krzysztof Smietana. She has made numerous recordings as soloist and chamber musician for the BBC.

Caroline has been a piano professor at the Guildhall since 1990, where she coaches chamber repertoire as well as teaching individual students.