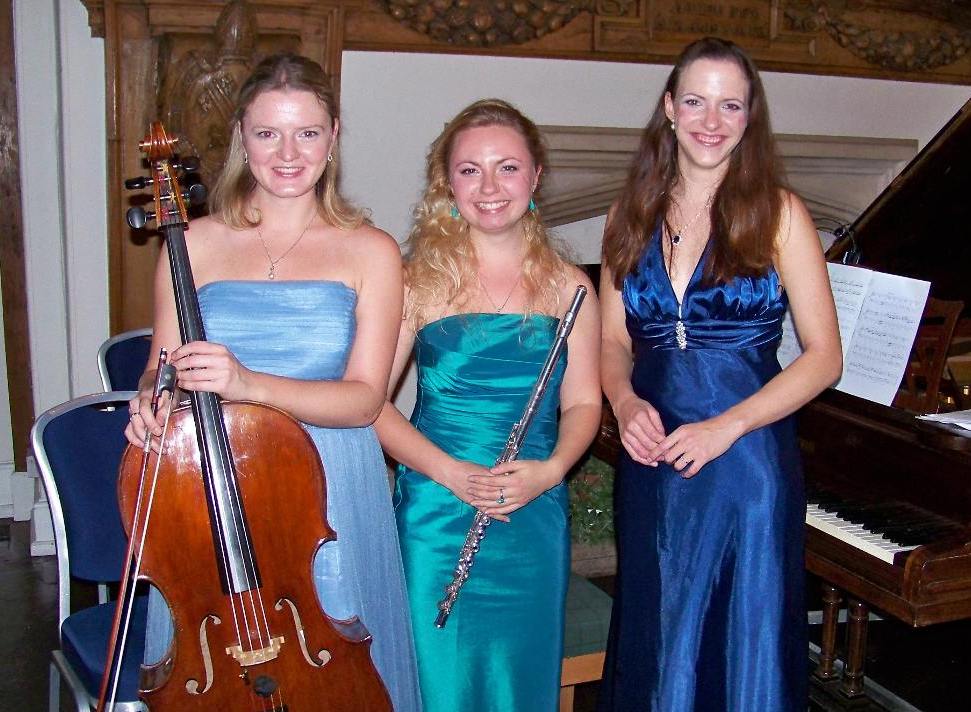 This was an exceptionally good musical event performed by three young ladies from Moscow. The Reinhart Trio was first formed in August 2011 in Moscow when the three musicians were pursuing individual careers. It then re-formed when the three moved to London to study at the Royal Academy of Music. And they are now in increasing demand as performers.
Elena Kiseleva (piano), Alena Lugovkina (flute) and Tatiana Chernyshova(cello) are all extremely talented, dedicated and filled with enthusiasm for music-making. They introduced their pieces in a delightful way that appealed to the large audience and produced some applause all on its own.
The music they delivered brought even greater applause. Starting with a piano trio by Carl Maria von Weber, that few probably knew but which engaged everyone, the audience then enjoyed a cello sonata by Beethoven. The pieces displayed the virtuoso talents of the three musicians as well as their ability to play with great sensitivity.
The second half of the programme was more recent music. A sonata for flute and piano by the female French composer Mélanie Bonis was also new music for most people. Followed by a piano trio by the Czech composer Bohuslav Martinu, a superbly balanced programme was concluded. Another audience of Farnham music-lovers showed their enthusiasm with sufficient energy to earn an encore with a piece called Winter by the composer Ástor Piazzolla.
The TBS members left having enjoyed a superb monthly concert in the long tradition of the society over many years.
Ian Sargeant