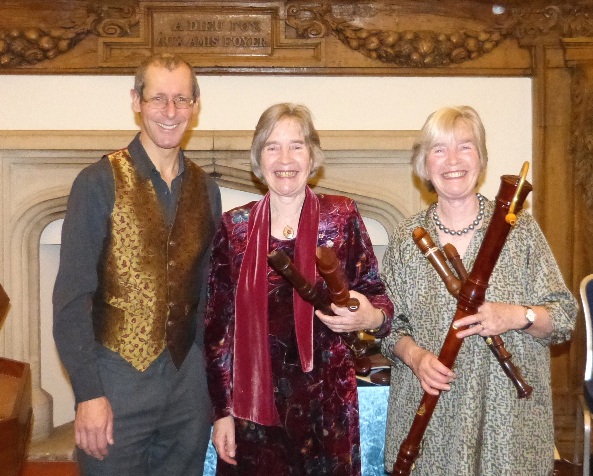 A capacity audience welcomed the Dolmetsch Ensemble to the Great Hall of Farnham Castle last Friday for a superb celebratory concert, sixty years after members of that world-famous family had performed in the very first Tilford Bach Festival. Jeanne and Marguerite Dolmetsch played bass and treble viols as well as five different sizes of recorder. They were accompanied by harpsichordist Nigel Foster and all the instruments were hand made in the Dolmetsch workshop in Haslemere. 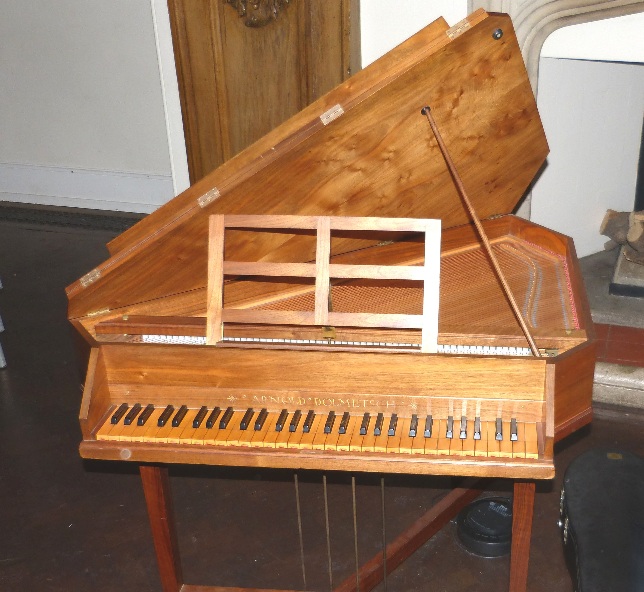 Jeanne’s great enthusiasm and depth of knowledge were evident as she introduced the items, starting with music from Shakespeare’s plays, pieces that had been performed by members of her family for the Tilford Bach Society in its first year. The audience was then transported to Florence where, in 1893, Arnold Dolmetsch was negotiating the purchase of an Amati violin when he spotted an ancient manuscript book of music that had belonged to the powerful Medici family in the 1560s. This is now part of the Dolmetsch Library and the Ensemble played three contrasting Renaissance dances. From Italy we travelled back to Tudor England for music by Henry VIII, then to Versailles where Louis XIV needed regular doses of Couperin’s spirited music to lift him from melancholy. Asked, ‘What is more beautiful than a bass viol?’ the monarch replied, ‘Two bass viols!’After the interval the music moved from the Renaissance to the Baroque era with sonatas by Corelli and Telemann as well as the exquisite Adagio by Albinoni with its ethereal melody over a ground bass. Older members of the Tilford Bach Society were deeply moved by a tribute made to founder Denys Darlow in the form of the beautiful Sinfonia from Bach’s Cantata 156. In 1952 it was Jeanne and Marguerite’s godmother Mrs Helena King who had given Denys £50 to start the funding for the first Festival. Sadly, Denys is now too unwell to join in any of this year’s Diamond celebrations. He would also have much appreciated the ensemble’s delightful encore, a sparkling performance of part of Telemann’s Taffelmusik.Rosemary Wisbey