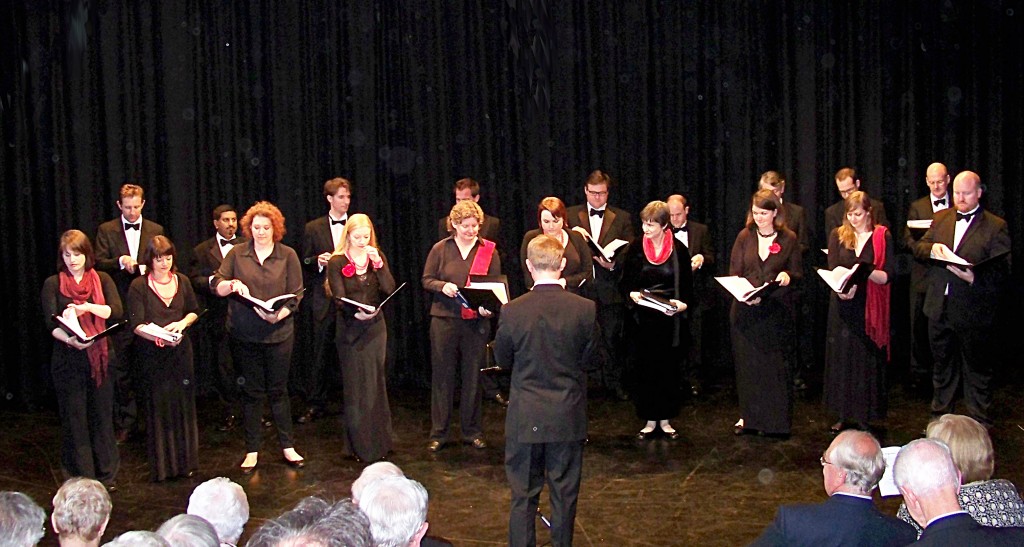 The celebration of Her Majesty the Queen’s Jubilee will continue for some while, but for the Tilford Bach Society the celebration of sixty years of music making came to a climax on July 14th with an evening called Happy and Glorious.

The London-based choir Pegasus are always very popular with the TBS audiences and they brought with them a programme of music for Coronations and other Royal Occasions, in honour of the Diamond Jubilee of Queen Elizabeth II and of the Tilford Bach Society. The choir sang unaccompanied songs written to celebrate the reigns of Elizabeth I and Elizabeth II, but they began with Henry Purcell’s I was Glad, composed for the coronation of King James 2nd.

William Byrd’s O Lord, Make thy servant Elizabeth, is typical of Byrd’s highly contrapuntal style and was introduced by a member of the choir as a sort of job application by the composer, successful as it happened.

Interspersed with items from Thomas Morley, Weelkes and John Bennett from the 1500s, the audience then heard several pieces from A Garland for the Queen. This was followed by a collection of songs for unaccompanied choir, put together for Elizabeth II’s Coronation in 1953, including Silence and Music by Vaughan Williams, The Hills by John Ireland and Dance, Clarion Air by Michael Tippett.

The choir was at its best for Ralph Vaughan William’s Mass in G Minor, dedicated to Gustav Holst. This is a work that particularly shows off the depth of talent in Pegasus conducted by Matthew Altham. Almost every member seems capable of singing a solo part. And what better way to finish such an evening than If ye love me, a quietly contemplative piece by Thomas Tallis, one of England’s greatest composers.